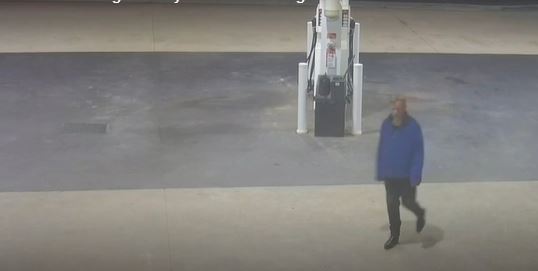 A man who allegedly set fire to a petrol pump in Melbourne’s outer east is on the run in an incident that police say could have cause “catastrophic injuries” to witnesses.

Police said a man attended a service station on Maroondah Highway in Croydon North just after 4am on February 7 this year.

They said the man then removed a fuel pump from a bowser and ignited the pump handle with a cigarette lighter, which caused residual fuel to burn.

He then dropped the bowser and fled on foot in an easterly direction along Maroondah Highway.

“This behaviour could have caused catastrophic injuries to not only to the male involved, but to property and people who were nearby at the time,” he said.

“We are keen to speak to anyone who may be able to assist with identifying this man as part of our ongoing investigation.”

Detectives released CCTV on Wednesday of a man they believe could assist with their investigation.

He is described as caucasian, about 183cm tall with blonde hair, a medium build and aged in his late 40s to early 50s.

At the time of the incident he was wearing a blue jacket, black pants and black shoes.

Anyone who recognises the man has been urged to contact Crime Stoppers on 1800 333 000.